As a second attempt for a self-built copter, after my far too big X666, I decided to try and build a Tricopter. These only have three motors, with the third degree of freedom (yaw) being provided by tilting the back rotor using a servo. 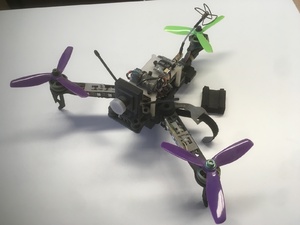 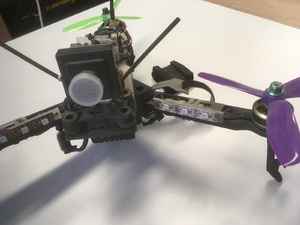 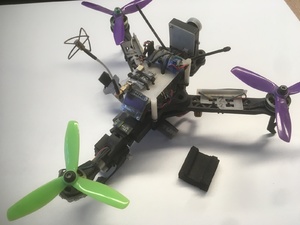 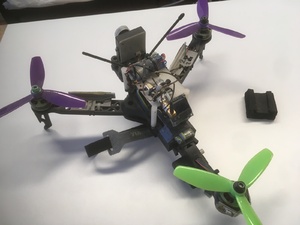 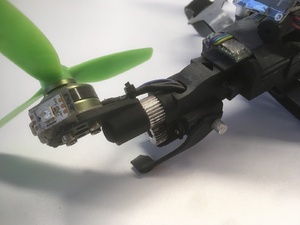 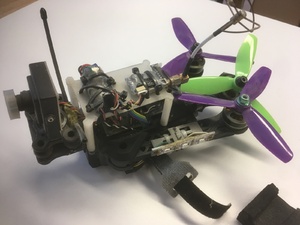 I quite like the Trifecta frame. It can be folded down considerably for easier transportation and storage, while still being surprisingly sturdy.

You need to use a relatively small battery, otherwise the copter is too high up, the back foot not reaching the ground, balancing on the battery. I printed a longer foot because of that.

I had some problems with the first servo I tried, but after switching to the metal gear servo listed below, the yaw mechanism has worked perfectly.

Here are some more photos. 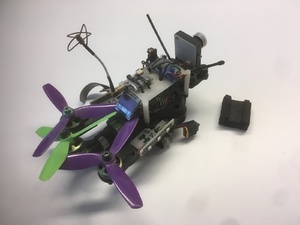 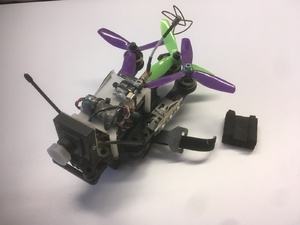 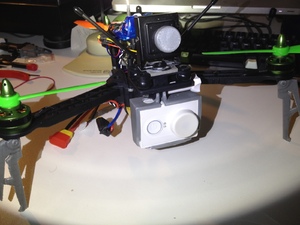 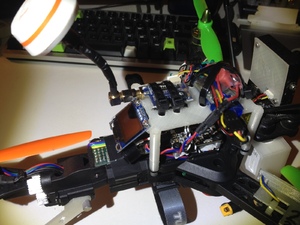 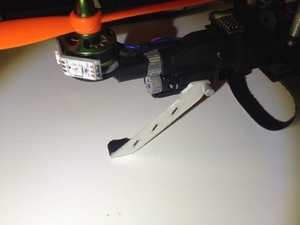 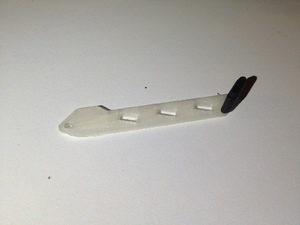 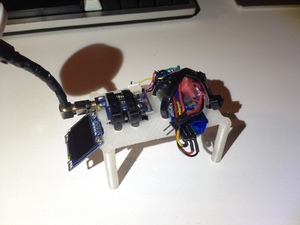 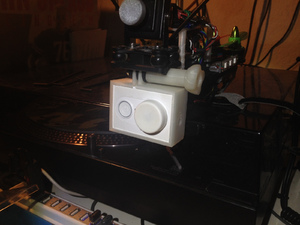 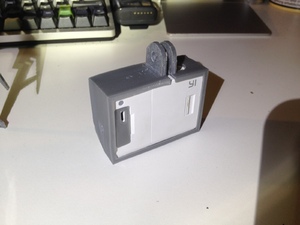 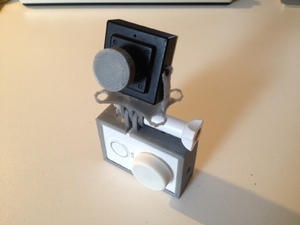