On June 5th I ordered the Tex Beetle from MechanicalKeyboards.com. It shipped one day later and after about two weeks I received a notification from the German customs office. Including import sales tax and shipping, I had to pay 160 Euros. 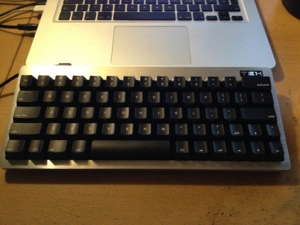 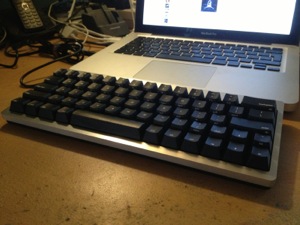 The CNC-machined top half and the weight of 760g leave a very solid impression. A gold-plated (duh!) and pretty long Mini-USB cable with an angled connector and a Tex cable tie are included. 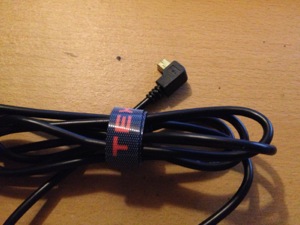 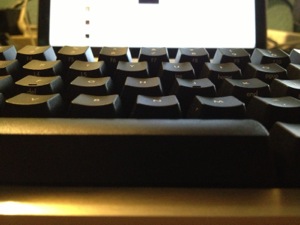 There are seven LEDs, indicating special fuction modes, on the underside, although the keyboard only uses five of them. That's probably because the plastic shell is a re-used part from the LED-illuminated version. 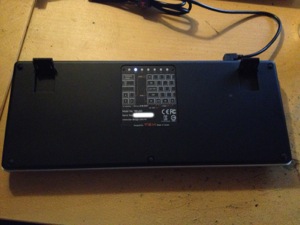 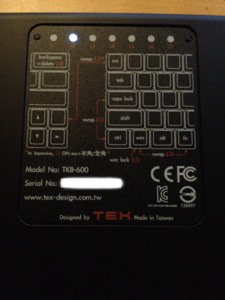 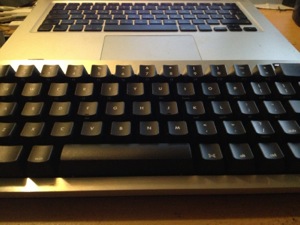 With the five usable function modes (L1 - L5), you can swap Caps Lock and left CTRL, swap the Windows key and the left FN key, swap escape and the tilde, swap backspace and delete or activate the Windows key lock.

Their state is preserved, even after unplugging the keyboard, and can be toggled with FN and the Q, W, E, R and T keys.

To keep the layout a bit more similar to the default Apple Special Keys, I activated L2, switching left FN and Win. I also changed the respectivce keys, using a Macgyvered Keypuller. 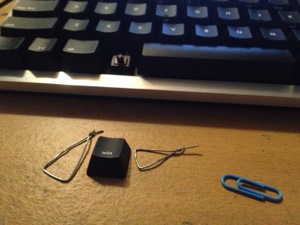 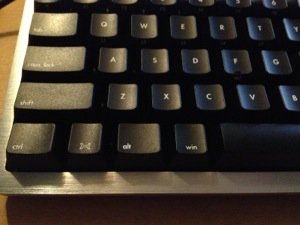 Also note the non-standard staggering in the first row. This causes some missed keys for me currently, but I think this will get better soon.

All in all, I'm very happy with this choice for my very first mechanical keyboard!