After re-playing GTA:SA, and also because of my general interest in old games, I one day searched GitHub for projects related to GTA San Andreas. This led me to the San Andreas Unity project. I was very much interested in Quadcopters at the time, and I was also looking to gain some experience in working with Unity. So I decided to attempt and combine the two topics.

Here is a video of the simulator in action. The "physics" "simulation" in my code is not working very well. To reach the state that can be seen in the video above already took a lot of tweaking, and the result is obviously not optimal yet.

Together with my SerialGamepad project I was even able to fly in the SA:Unity sim with my usual quadcopter transmitter.

But my curiosity was satisfied at this point and I had no more interest in working on it further.

Here are some screenshots of San Andreas Unity without my quadcopter modifications. 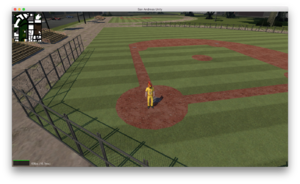 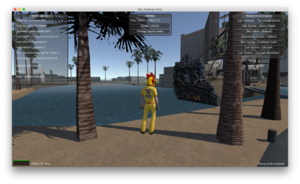 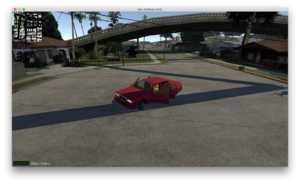 My fork of SanAndreasUnity can be found on GitHub, the simulator experiments are in the 'sim' branch.