Only flying with quadcopters became a bit boring after a while, and I wanted to see if the skills I had aquired flying and building them could be transferred to other areas. So I decided to build a very simple FPV V-Tail Flying Wing model airplane. 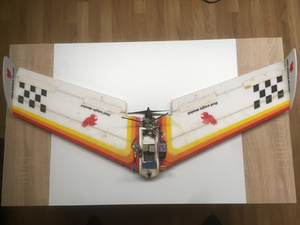 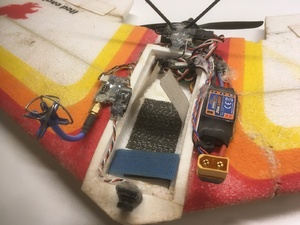 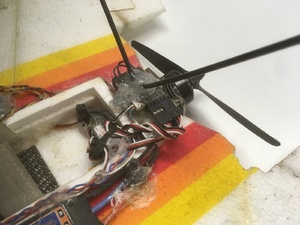 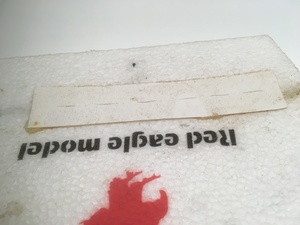 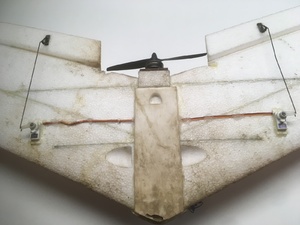 I pretty much used the parts suggested for the frame on the Hobbyking product page. For FPV, I added a FatShark camera and transmitter kit, also from HobbyKind.

Because I did not really have any idea of what I am doing, the plane is very front-heavy. It's always a bit of a hassle to get it launched by hand, but after two or three tries it usually flies. I'm not using any Flight Controller on the plane, and I still haven't even set the trim on my transmitter properly, so I'm always holding the pitch pretty far back. But, for my limited airplane knowledge, it seems to work relatively fine.

The power is not overwhelming, however, and because of the pusher configuration of the motor, it really is very loud.

It is however very resilient to damage. I had a bad crash where my receiver just cut out completely, and it dropped straight down onto some unused train tracks. That caused a huge crack in the middle, basically splitting it in two parts. With some foam glue it was however very easy to repair.