As a first step into smart home automation, I wanted to place temperature and humidity sensors in most rooms of my flat. To achieve this, I made some simple ESP8266 boards with an I2C sensor, either SHT21 or BME280, as well as a small 3.3V regulator and a USB connector. The data is written into an InfluxDB instance on my NAS. 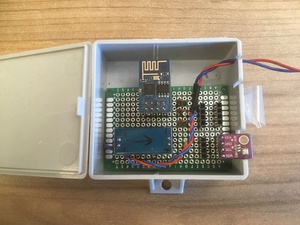 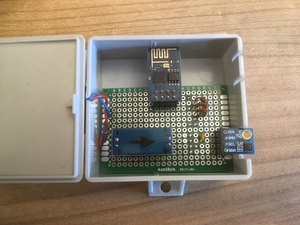 The web interface implemented to query the sensor data is very simple. I am using the following commands to fetch it.

The result is shown on my desktop using conky. 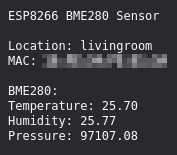 Here you can see some samples of the data I have logged since starting this project. As you can see, after a while the sensor in the kitchen started giving wrong data. This is the usual behaviour these sensors show after a couple of months to years. I replaced it, but shortly afterwards removed the kitchen sensor completely. You can also see some short gaps in the data, this is caused by the ESPs losing their WiFi connection after a while. I just had to reset them and they started working again.

Here are some more photos of the PCBs I made. All of the boards, except one, work fine. The non-working one is just not connecting to WiFi, regardless of which specific ESP8266 I plug in there. I have no explanation for this, unfortunately. 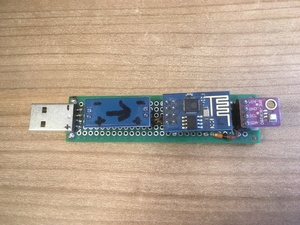 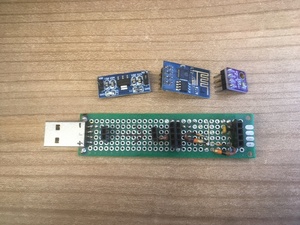 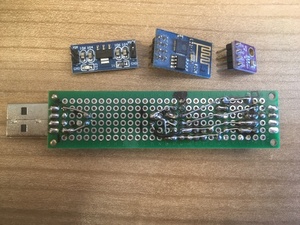 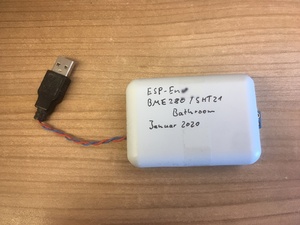 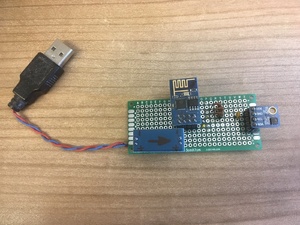 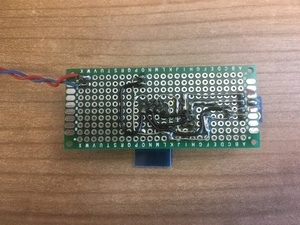 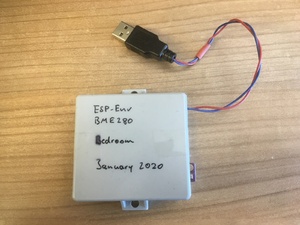 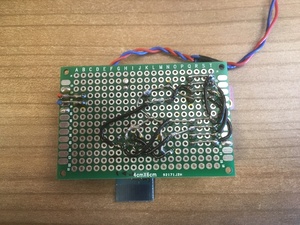 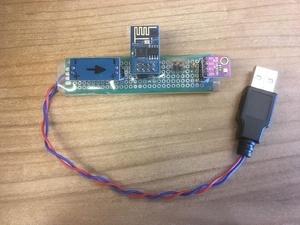 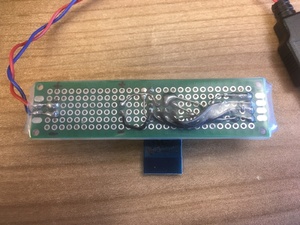 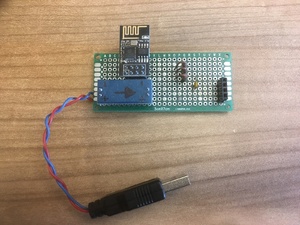 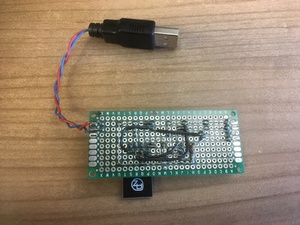 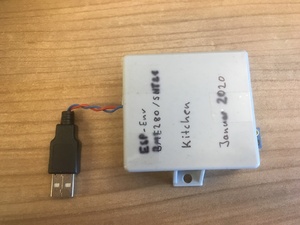 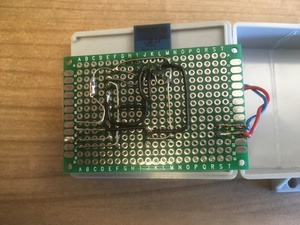 The source code can be found on my Gitea server.