Starting in 2017, I did some work for the robot lab of the RWU. There I got to know cocktail machines and later took part in drinkrobotics, where I did some work on our proper, big, cocktail machine Ubabot, as seen on Hackaday / CCCamp2019. It originally used relais to power the pumps, but we had a motor driver PCB that we wanted to use instead, so I wrote a Firmware for it. We got an award for this machine at Makerfaire Friedrichshafen, presented it at Makerfaire Hannover, visited the Verschwörhaus Ulm and various other events over the years.

Here are some photos and videos of our tent at the CCCamp2019 summer hacker camp near Berlin. 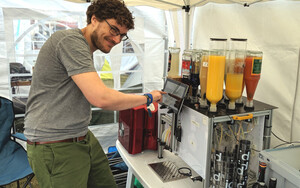 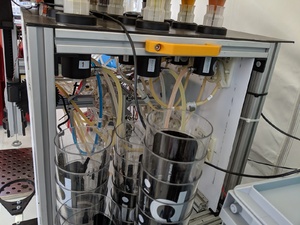 Here are some photos and a video from when we were invited to Verschwörläum 2018 in Ulm. 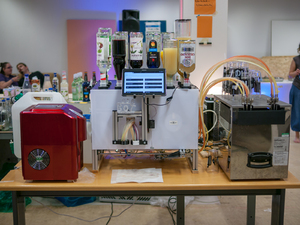 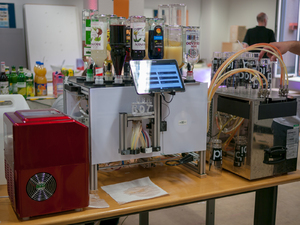 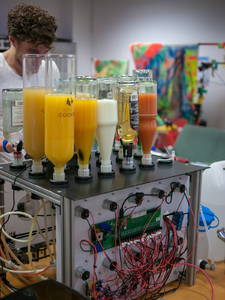 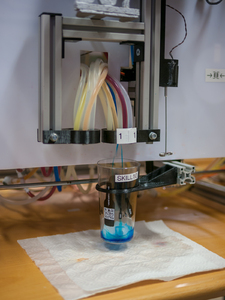 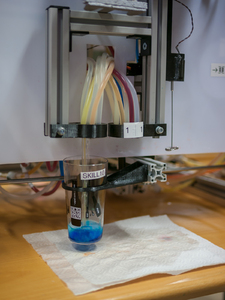 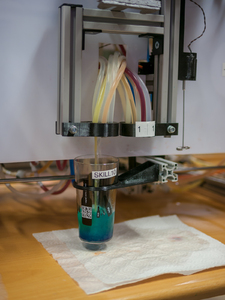 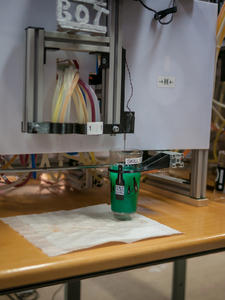 In 2017, we rebuilt Ubabot as part of the Maker Challenge of the Makerfaire Friedrichshafen.

A video of our machine in action can be found on heise online (scroll down).

I designed a 3D model for a cap enclosing the large open glass bottles we have for some ingredients. It is a 2-color model that can be printed with a dual-nozzle printer, or you can just leave out the "filling" and print it with a single-nozzle printer. The design can be found in my Git Repo. 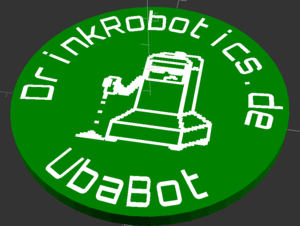 Also in 2017, as part of some experiments regarding dispensing drinks in a cocktail machine using carbon dioxide, I've built my own small Cubalibre machine.

It is built inside a 12x1l Coke box and powered by a 3S quadcopter LiPo battery. The liquids are propelled using pressurized Co2 from a Sodastream cartridge with a proper pressure reducer (check eBay). The dispension is controlled by four solenoid valves, operated using relais. Custom built 3D printed bottle cap adapters are used to pressurize coke bottles and take out the liquid. Everything is controlled by an Arduino, with a small OLED display and three buttons as the user interface. 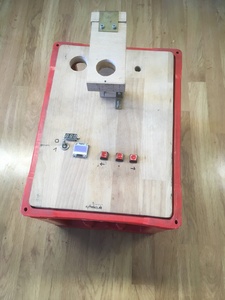 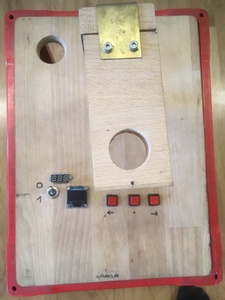 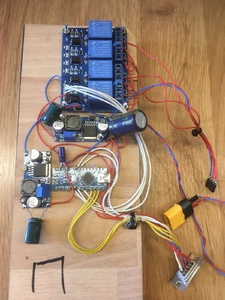 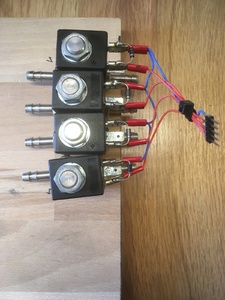 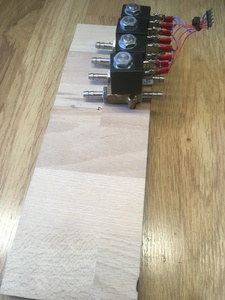 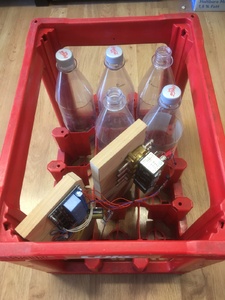 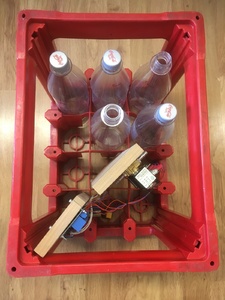 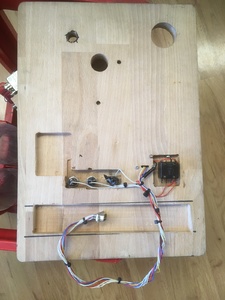 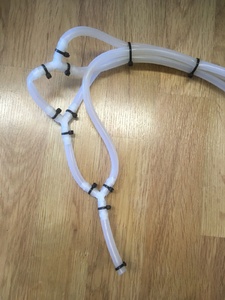 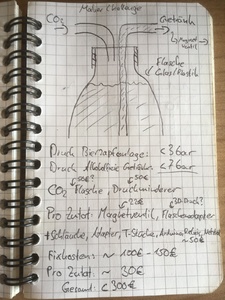 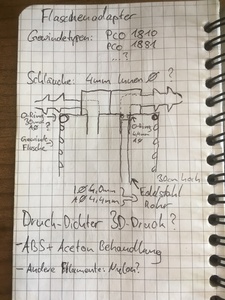 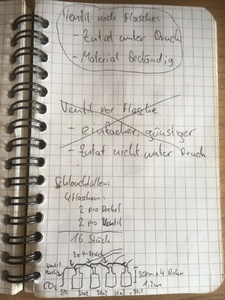 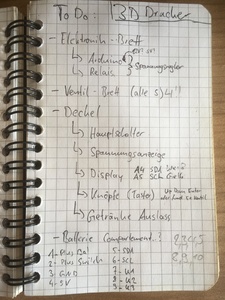 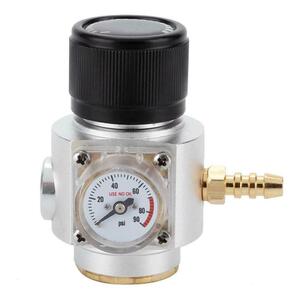 The Arduino firmware can be found on Github.

This machine has also been presented next to Ubabot at Makerfaires in Friedrichshafen and Hannover. It was used properly, to actually dispense drinks, at a birthday party. Unfortunately I don't have any photos or videos of the machine being in use. Also the Sodastream bottle and pressure reducer were only borrowed from a friend and I no longer have them.