BaconBar is a small reddit client for Mac OS X, living in the system menu bar. It was originally called RedditBar, but had to be renamed to be allowed on the Mac App Store. 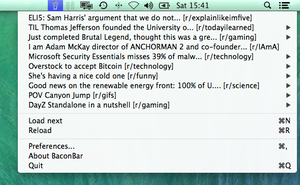 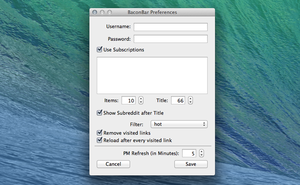 The original webpage for BaconBar can be found here.

BaconBar has been reviewed on Softpedia!

I also wrote a blog post about making it open-source.