If you haven't done so, also take a look at part 1 of this repair!

On my first ride after repairing the broken spokes, I noticed a large amount of play in the rear wheel. Of course I was quite worried and not sure what's going on. So I went to another bike shop, not the same as last time, as this one was on my way home from work. They told me the rear hub is probably broken and can only be repaired by the manufacturer. Also, the soonest they could look at it would be in August.

So I went home and did a bit of research. Turns out, my Shimano Alfine 8-gear shifter is working like most other hubs, and the bearing play can be adjusted easily.

For this, the break disc has to be removed with the special tool again, like last time. Then the lock nut and the conical nut are already visible, and were completely lose in my case. 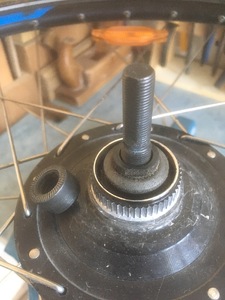 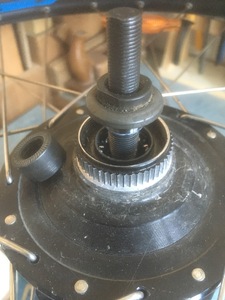 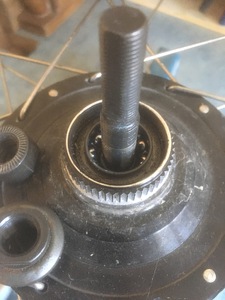 The inner nut fits a 15mm wrench, the outer nut needs 17mm. Unfortunately, to lock the nuts again, you need a special flat 15mm wrench, a standard one won't fit. 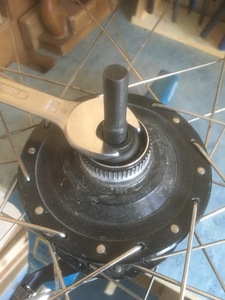 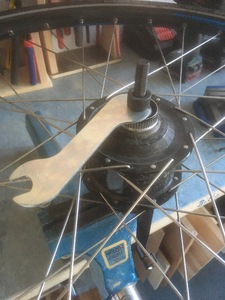 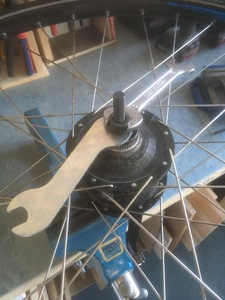 When the bearing is too lose, the wheel has too much play and wiggles noticeably. Too tight on the other hand, and the wheel won't spin much after giving it a push. So try to find the sweet spot in the middle, then lock the second nut tightly against the first one.