In 2006, Konami published a Windows and Mac version of a little program called OtaClock. It’s a borderless floating window looking like the Metal Gear Solid 2 Otacon Sprite, looking at the mouse cursor and showing the current time. You can still download the original using the Web Archive!

The Windows version still works pretty well and can also be used with Wine. There is a bug with the alarm feature of the english version, however. The included alarm file Alerm.txt [sic] is encoded in UTF-16, but the app want’s to read ASCII. Convert the file and the alarm feature works properly.

Unfortunately, the Mac version is only comaptible with PowerPC Macs. Because Apple removed the Rosetta emulator, old programs like OtaClock do no longer work.

So I decided to recreate the app, pixel for pixel. And I succeeded mostly :) 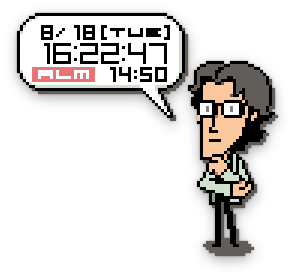 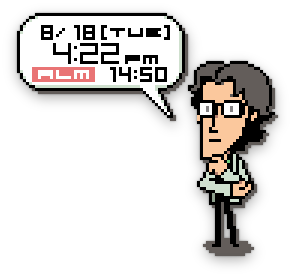 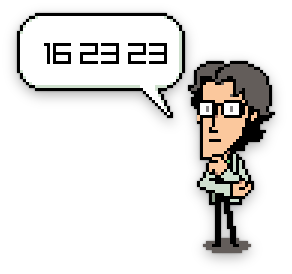 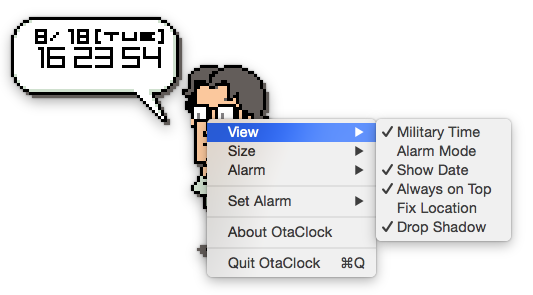 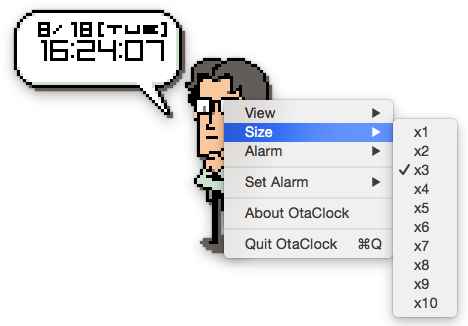 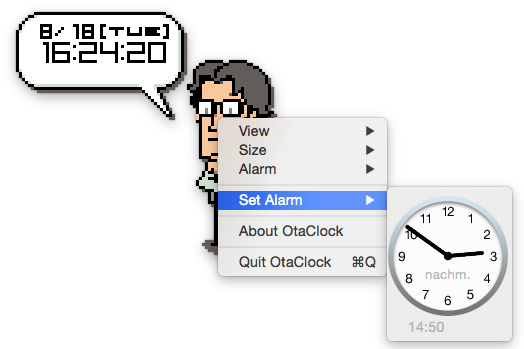 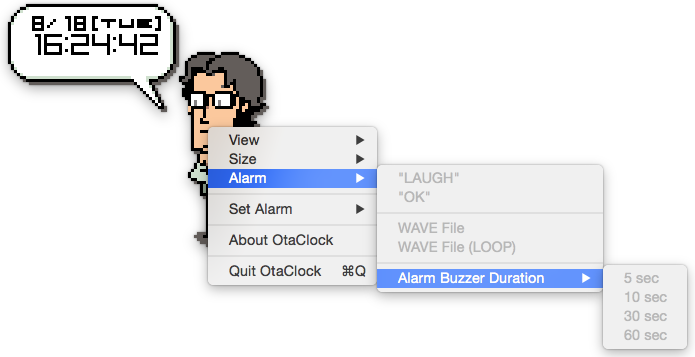 I haven’t implemented the sound output for the alarm feature yet, but you can set an alarm and the animation will play.

I used these two sprite sheets to extract most sprites, except for the AM/PM marker that was missing from both. I got them from a screenshot made using Wine.

You can find the code on GitHub and my server. There is also a pre-built binary on GitHub.

OtaClock has been reviewed on Softpedia!